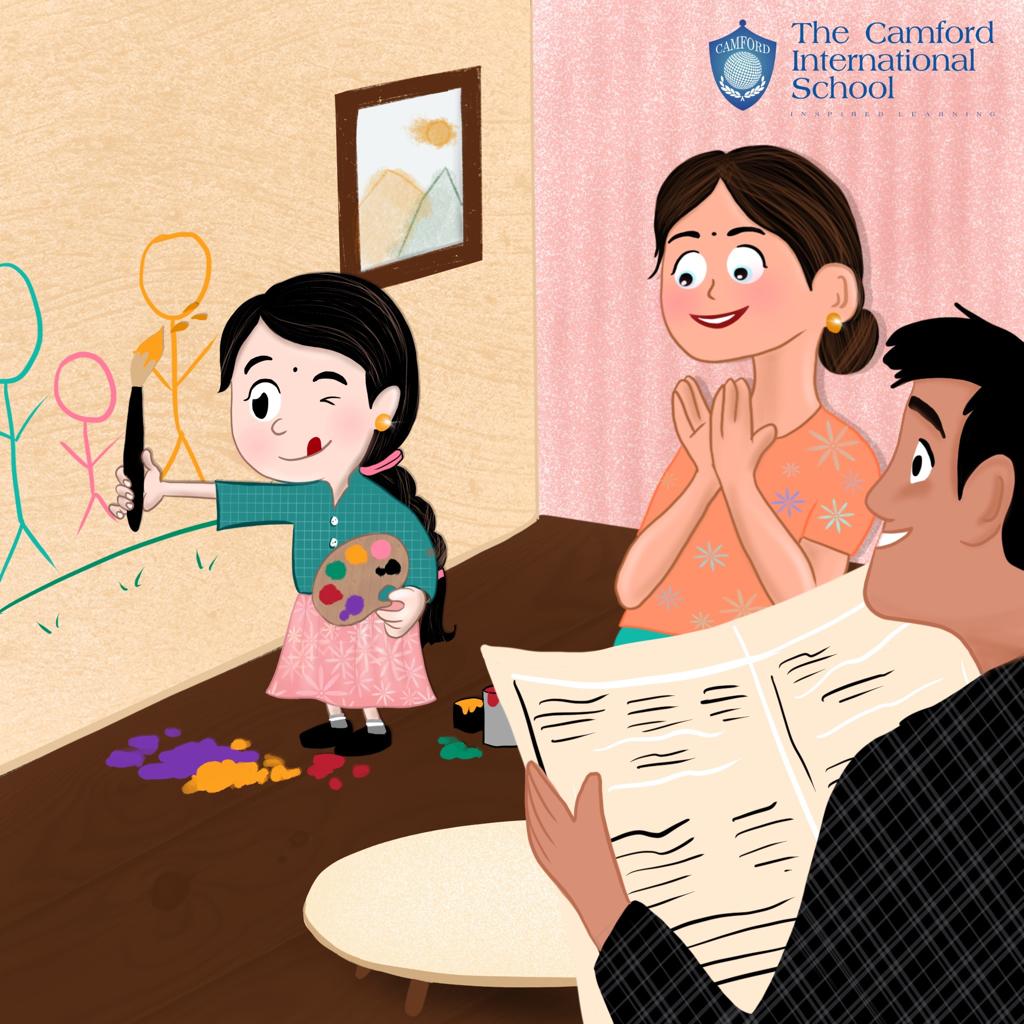 Early learners in CBSE Schools are encouraged to participate in activities which will trigger the imagination and curiosity. Imagine a world that lacks imagination and curiosity. I as a person am constantly at the mercy of my willful wits that at times runs wild and am mollified by that. A world without imagination! The times have been mercilessly dominated by technology; today one has an app for almost everything! With all the chaos, ‘creativity’ is lost in the melee.

Availability of resources over the net

The child today is so overwhelmed with the availability of resources over the net that hampers his/her active imagination, . The do not want to explore. It is only a handful of people who really want to embark on this journey to explore, others they are simply satisfied with the existing content, they are not eager to contribute in any which way. They are languishing, becoming obsolete without realizing that they are stepping into this bottomless void.

One cannot blame the children as well, they are born into this materialistic world, it was never their choice; but they can choose not to be sucked into this vacuum. So how can that be done? Exploration. Vivid Imagination. Widening the Horizon of Early Learners in CBSE Schools. These three words are the only words that literally save our tiny tots. Children today, they are not enamored by the fantasy. It is very hard to narrate a tale, say for example, a very simple story about the ‘Tooth Fairy’. Be a story teller for your kids.

Children today are at the crossroads

At the most one might receive a smirk or a line, ‘Oh seriously! Get real’. Children today are at the crossroads of this very thin line that separates the real from unreal and now thanks to technology we will have to add another variable, virtual reality and the very recent augmented reality, where in one can experience eating a mango or drinking lemonade without even doing it for real. That’s baffling enough. Thus no room for imagination! They don’t want to explore either. Thus it has become prime importance to bring back their innocence, their active childhood, to kindle their imagination.

I have come up with a certain solution for this perennial problem. One has to catch them young. Children could be given activities that forces them (in a healthy way) to explore. They could be given a beach kit-their mission is to find a certain stone. (It has to be made sure such a stone exists). This activity will definitely will urge the child to want to explore. Here at school, we foster such activities that make every child play the part of ‘Dora and Boots’.

Art transcends and can overcome a barrier, physical, meta-physical in all its existential terms. Here the child can explore and express itself with paint. The activity here is to paint with their bare hands an imaginary animal; and what can this animal do? Can it talk? Does it have super powers?

Origami helps immensely. It is an active exercise to the brain. Early Learners in CBSE Schools are motivated to make paper flowers, animals or anything that they can come up with. Let them explore, let them extend and elaborate the existing boundaries. Art can and it does help to foster and nurture the child’s creativity and it does kindle their imagination. Here I have mentioned a few, but the parent should let the child imagine. Let the child explore, often parents tend to live their lost lives by urging the children to lead a life that they have chosen for them. That again, kills the child’s imagination; their world comes to a halt. So to be blatant, if this can be avoided the world might get to see eminent people in various fields.

Find whether there are rabbits in the moon

I would like to propose this to the teacher or the parent, one should never let the child know that, ‘This is impossible’. If the child wants to know if there are rabbits in the moon, you should say yes, there are. If you choose to tell the child, that it is a barren land full of craters, well there goes the child’s imagination in a puff of smoke. Rather, you can let the child explore and find whether there are rabbits in the moon and they can conclude that it ‘is’ indeed a barren land.

Imagination is more important than knowledge

To explore, the child should let go, let go of the reality that they have been so sincerely holding on to, come out of the box and experience the world in its true form. Albert Einstein also has said that “imagination is more important than knowledge”.  Not many would know that Albert Einstein was dyslexic, yet he could come out with E=MC2 – which is still a soft scratch in every quantum physician’s brain. This was possible because he could push the existing boundaries. He explored; thanks to that we now know that everything is relative. Thus we need our tiny tots to explore, they might figure out that parallel universes does exist after all.