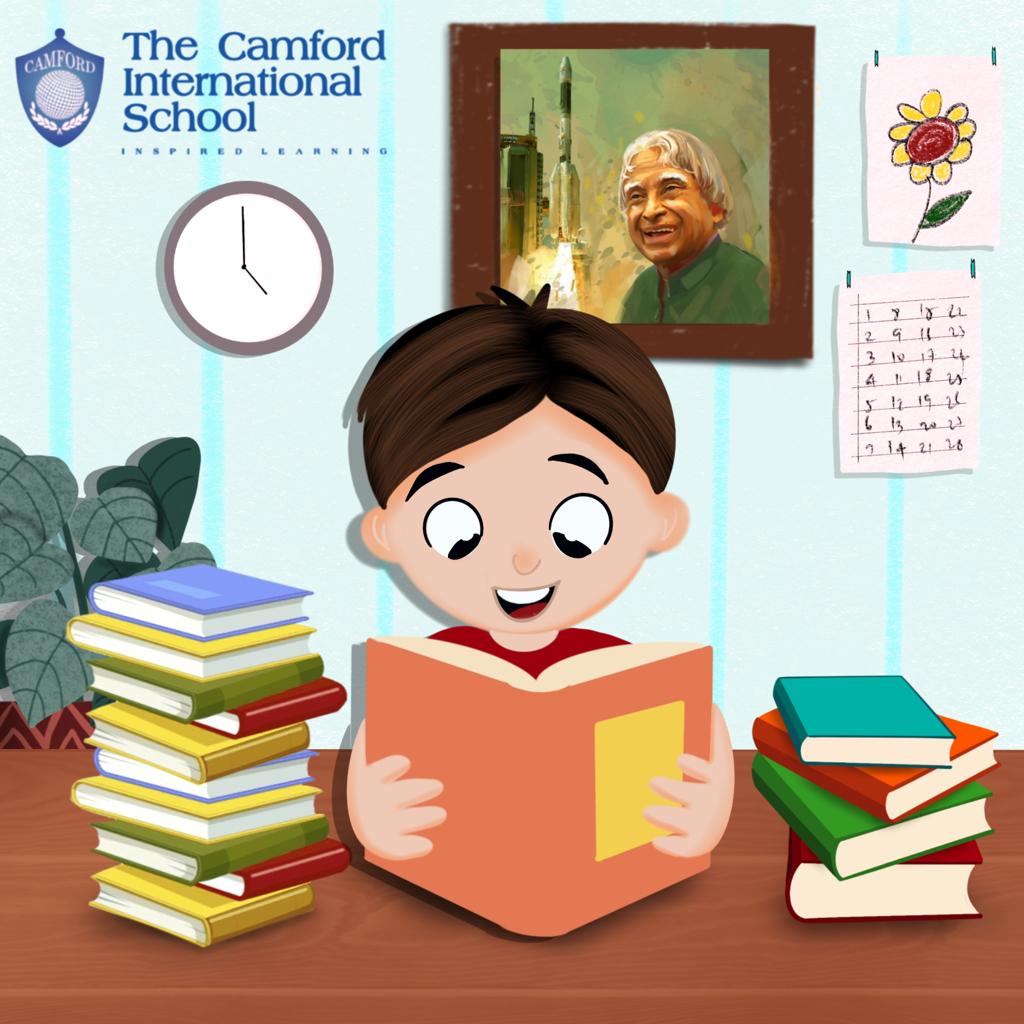 “Dream, dream, dream. Dreams transform into thoughts and thoughts results in action.” “Missile Man of India” the great human being, the very mention of the name ‘Dr.A.P.J.Abdul Kalam’ is enough to inspire anyone as his above quotes. Of course we love him so much. Being one of the top best Coimbatore CBSE Schools we have achieved the Guinness World Record by designing ‘Dr.A.P.J.Abdul Kalam’s portrait’ using disposable cup mosaic as a representation of our love. Yeah…we did it in a great pride. The message that he left for the youth of the country will continue to inspire generations together.

Born in a poor family on October 15th, 1931, in Rameswaram, Tamil Nadu, to Jainulabdeen Marakayar, a boat owner and Imam of a local mosque and Ashiamma, a housewife, the young Kalam always dreamt big and was willing to put in a lot of hard work to achieve his goals. He had a busy routine even as a young man. He would get up at around 4 a.m., bathe, attend mathematics classes for an hour or so, following which he would distribute newspapers around Rameswaram. While he was not considered to be a very bright student, he would make up for it by putting in plenty of hard work. This is a trait that he would follow throughout his life. One of his famous quotes is “Confidence and hard work is the best medicine to kill the disease called failure. It will make you a successful person. “After completing his high school at Schwartz Higher Secondary School, Ramanathapuram, he completed his graduation in Physics from Saint Joseph’s College, Tiruchirapalli in 1954, after which he studied aerospace engineering from the Madras Institute of Technology.

Dr. Kalam’s life has been a saga of what positive thinking can do. It was a young Kalam’s dream to become a fighter pilot. Due to some reasons he could not achieve his dream. However, he did not let it depress him. Instead, he worked hard and achieved international acclaim as a scientist at Defence Research and Development Organization (DRDO) and Indian Space Research Organization (ISRO). He played a key role in India’s Pokhran -2 nuclear test. His leadership skills came to the fore when he led teams working on the development of ballistic missile systems He was the ideal role model and had the ability to inspire teams to offer their best performance. He would be later on be popularly referred to as a ‘Rocket Scientist’ and ‘Missile Man of India’.

Dr. Kalam was an example in setting goals and then diligently putting in the efforts towards achieving them. He always used to tell students that “climbing to the top demands strength, whether it is to the top of Mt.Everest or to the top of your career.” He urged students to “have a dream, before your dreams could come true.” Encouraging students he would state, “Difficulties in your life do not come to destroy you, but to help you realize your hidden potential and power, let difficulties know that you too are difficult.” Since we are inspired so much by him and as one of the top best Coimbatore CBSE schools we always encourage students to be focused in their task and to achieve the goal.

Simple living was another hallmark of the ‘People’s President’. He left Rashtrapathi Bhavan with just two small suitcases, when his Presidency term got over. He was someone who would never misuse his privileges. Once when his family had come to visit him in Rashtrapati Bhavan and stayed for a few days, he personally footed their bill. Perhaps there could be no better example for integrity.

Teaching was the lifelong passion of Dr. Kalam. Even though he served in several distinguished positions, he would never lose an opportunity to teach. He would love to interact with young children, as well as youth. They were drawn to his magnetic presence. He has left behind a treasure house of literature and messages for the future generations. It is perhaps not surprising that he followed his passion till the last moments of his life, when he collapsed and subsequently passed away on 25th July, 2007, while delivering a lecture at IIM, Shillong.

As one of the top best Coimbatore CBSE Schools, TCIS provides opportunities for the children to go through the literary works and quotes of the great man.