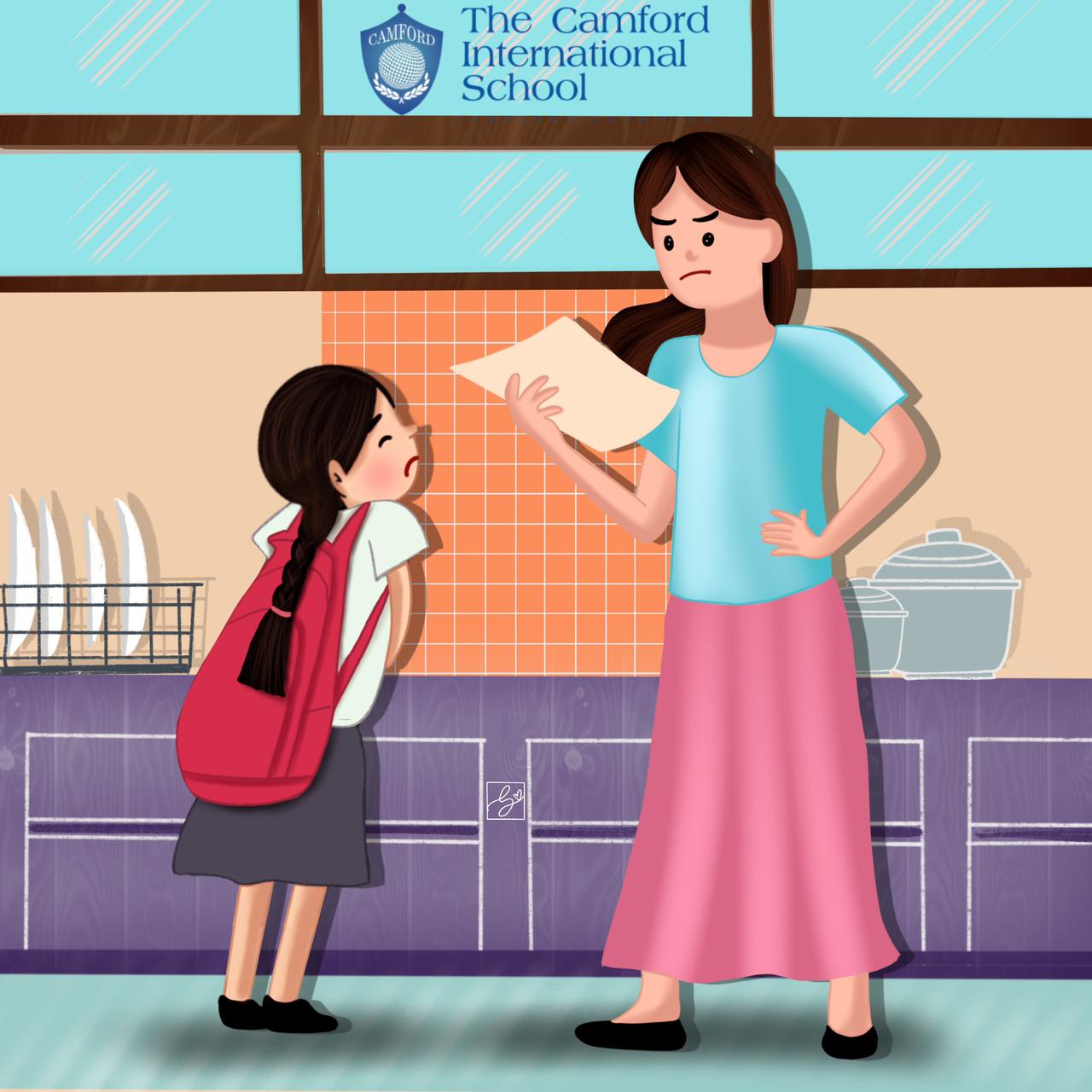 “Each child is unique and different from one another.” A better understanding of children makes the learning place top and best CBSE school among the others. They want and wish for things based on their interest and taste. The one and only common factor between all the children in the world is their dependency on parents. The world of a child always starts, ends, and revolves around their parents. The attitude of a child derives its core essence from their parents. The impact made by the parents is not just going to last for a day, month, or a year it is going to travel with the child for their entire lifetime and is also going to be passed on to their future generation.

Responsibility of the parents to engage their children

A child is like an empty vessel, they are open to all aspects of life, it is the responsibility of the parents to engage them in a surrounding that will benefit their development. Ask this question to yourself “How well do I know my child? ” It may seem to be a simple question, but the answer proves how effective and efficient you are at parenting. You cannot be called parents just because you brought a new human into your life, it is your actions after the child’s birth that determines how efficacious you are as parents. The top and best CBSE school always focus on the development of children physically and mentally. And also insists parents be keen on the psychological behavior as well as physical behavior of children since they have their own responsibility in bringing up them a good human being to society.

Change is the only thing that never changes

Infancy the first stage of a baby is the most crucial period. The child is now exposed to the world outside and the only binding factor is their parents. Safety and love are the primary components that should be inculcated during this time. As new parents, you should learn to adjust according to the transition that is taking place in your life. It may appear that the child is taking away your entire life, this can be quite overwhelming for young parents and especially mothers. New mothers face both physical and emotional imbalances during this time period, which will affect the child’s growth and development. Remember ” change is the only thing that never changes”, bringing a child into your life should be treated as a gift and handled with utmost care because it is this gift that is going to give meaning and purpose to your life.

Activities and behavior of children – A two way process

Toddlerhood is the most adorable and lovable face of child growth. It is this time period that captivates us within the activities and behavior of our children. This stage can be termed as a two-way process, both parents and children learn and understand a lot about each other. The child’s thinking, analyzing, learning, and socializing skills develop during this stage. Attention from their parents is the most vital element that a child needs during this stage. There are two common mistakes that most parents do during this stage. Parents tend to encourage all the actions of their children without stressing the right behavior which will eventually make it harder for them to mold the child in the future. The other way is that parents engaging in their own work and not participating and spending time with their children, which will definitely hinder the whole sum psychological development of the child.

Development of interaction and socialization skills

Preschool years and early childhood years depend on the encouragement of the parents. The child comes out of their houses and is exposed to society. The amount of interaction and socialization skills developed during this stage plays an important role in their overall development. This stage has a distinctive classification because it is the primitive stage of character development. As the top and best CBSE school always insists that the behavior and actions of the child must be well observed and guided by the parents to ensure conventional evolution within the child.

Decision-making skills of the child

The adolescence stage can also be termed as a pivotal stage. It is the most crucial and decisive phase. The adolescence stage is an influential period that gives significant changes both in the life of the child and their parents. Children will be excited and want to be independent. Even though the decision-making skills of the child are not up to the mark they will feel confident and argue that they are right. This is when the parents should play a key role in tackling the child’s physical, emotional and hormonal imbalance. Parents are used to making decisions on behalf of the child, it is hard for them to let go of this position. We must have a balance of asking their option and then guiding them towards the right things instead of just forcing them to accept what we pick. Top and best CBSE school state that even in the learning place they should have a friendly conversation with the mentors.

Transfer or sharing the authority

Young and Middle adulthood is the stage where a lot of clashes happen between the parents and their children. Basically, it is a stage when the decision-making power is diluted from the parents and shared with their children. Transfer or sharing the authority, let it be a country or a family there will be some commotions. It is the parents who must understand that it is their children and they must give due respect to their perceptions. Most of the life-changing decisions are taken during this stage such as education, career, job, finance, marriage, etc. Parents should realize that it is their children’s future and they must be happy with their decisions.  Parents should be like a friend for the children to share their insecurities, like a guide for then to get valuable advice. Top and best CBSE school say…the key element for the above scenario is very simple, it is “Trust” between the parents and children.

Responsibility to mould children and lead them in right direction

Late Adulthood is the least discussed phase because parents do not have much importance in the child’s life compared to the other stages. Conversely, it is not true, this is also a very important stage where parents teach their children how to create parents and lead their future generation to prosperity.  India is a very unique and diverse country. It is only in India the system of family and parents are interrelated within our lives, a state of being togetherness. The social dependency between our loved ones upholds our culture and tradition. As efficacious parents, it is our responsibility to mold our children and lead them in the right direction. “Do you all know what is the fundamental rudiment for creating a better society?” the answer lies within the following question “How well do you know your child?.” click for more on child development.