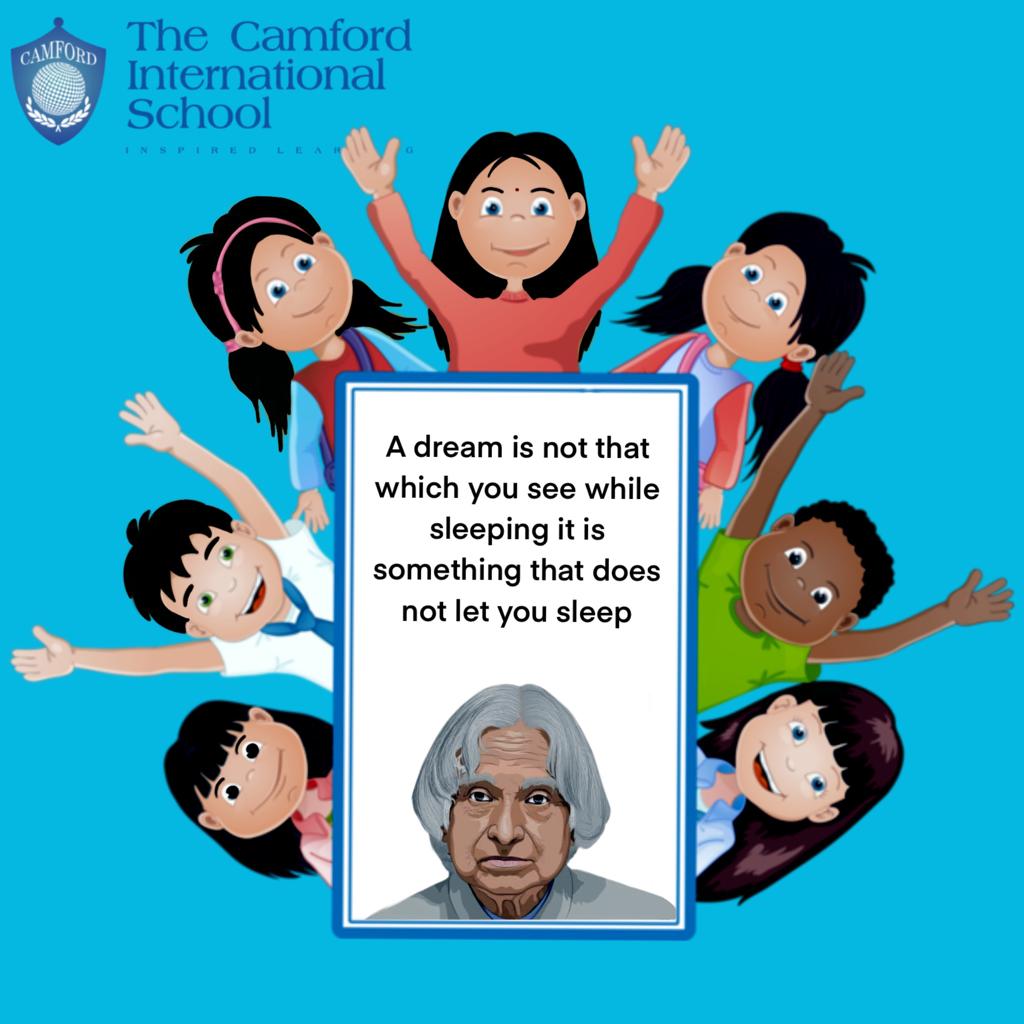 Being a top ranking CBSE school we are happy as a holder of the Guinness world record – Portrait of Dr APJ Abdul Kalam disposable paper cup mosaic. It was done to honour our former president of India, the Missile Man, a great human and an amazing inspiration to the youths of the nation.

Throughout his life, Dr.A.P.J. Abdul Kalam used to enjoy interacting with the younger generation. With his child-like enthusiasm and curiosity, he would share nuggets of wisdom with them. Even during the busy years of his Presidency, he would never miss an opportunity to interact with school children or college students, enthralling them with his profound quotes and deep knowledge. He wanted students to always dream big, to achieve great things in their lives.

The power of dreams:

“Dream, dream, dream. Dreams transform into thoughts and thoughts result in action,” is one of his famous quotes. As someone who was a living example of what hard work can achieve he would say,” Every pain gives a lesson and every lesson changes a person,” he would say. His own life was an example of triumph over adversities. While was born in a poor family, he did not deter him from dreaming big. The young Kalam through the dent of sheer hard work, rise up in life and became a leading scientist.

As a young man, Dr. Abdul Kalam had a dream to become a fighter pilot. However, fate had destined some other career for him. While he could not fulfil his dream of flying a fighter jet, he took up another dream, worked hard as a scientist and became the ‘Missile Man of India’. He would famously say, “If you fail, never give up because F.A.I.L means first attempt at learning.”

According to Dr. Kalam, “A dream is not that which you see while sleeping it is something that does not let you sleep.” As a scientist both at the Defence Research and Development Organisation (DRDO) and Indian Space Research Organisation (ISRO), his inspirational leadership qualities came to the fore. With his meticulous planning and hard work would be the perfect role model for the teams that he would be leading.

“Let me define a leader. He should have vision and passion and of course not be afraid of any of the problems. Instead, a leader must know how to deal with it and to defeat it. Most significantly he should work with integrity,” is how the great man Dr. Kalam used to define leadership. These immortal words continue to galvanize scores of people in doing good things in their life.

Till his last breath, Dr. Kalam was an epitome of integrity. While we may miss his physical presence, he continues to guide and inspire us through his work, quotes and writings.

As the top ranking CBSE school in Coimbatore, at TCIS we make it a point to teach students about inspiring personalities, the rich legacy that they have left behind and the lessons that we need to learn from their lives.