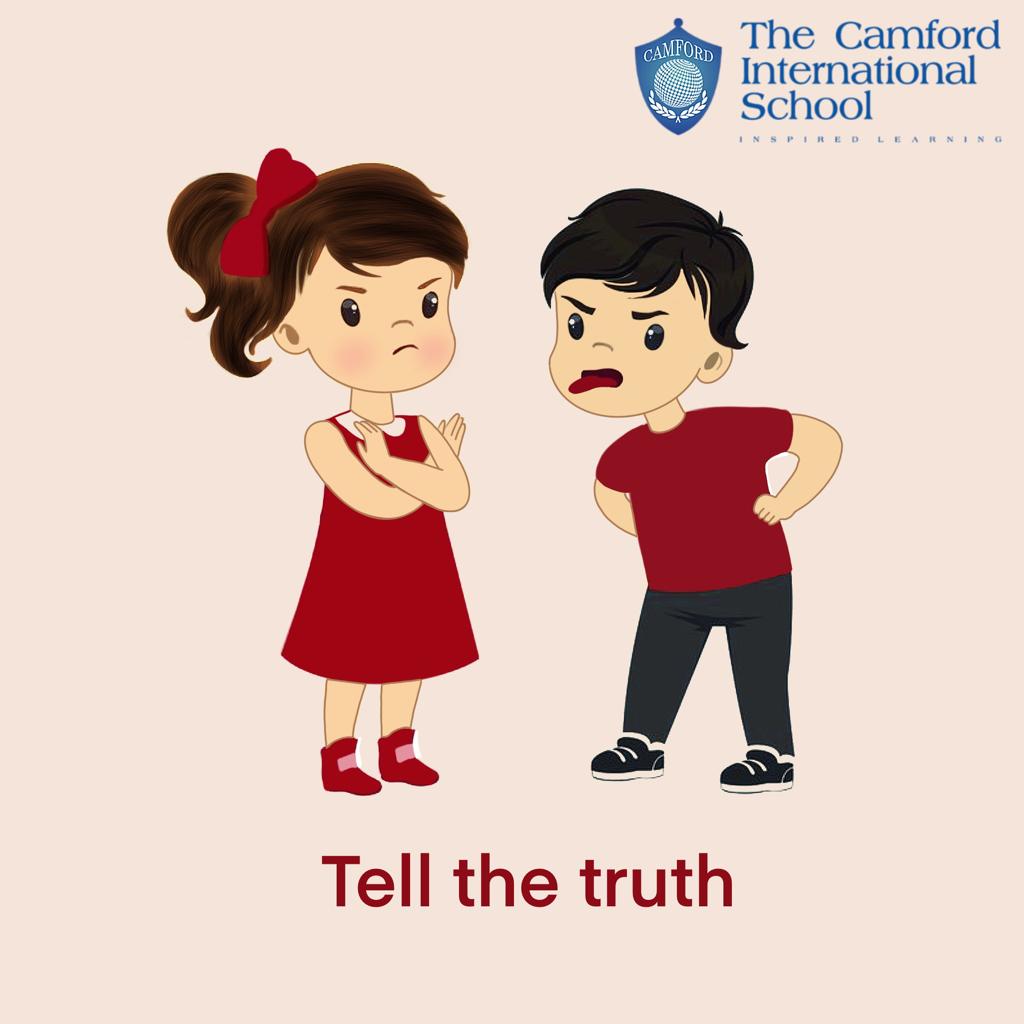 Truth exists, only falsehood must be invented. It is a truth that is universally acknowledged that one must be ‘courageous’ to be ‘truthful’. A man in his life time has to play the part of many and the arena is sublime, one has to endorse, accept a lot just to survive. In this struggle for existence many are seduced by vice and ‘truth’ this proverbial entity which was hanging by this very thin fragment of hope is lost for eternity. TCIS is the Top CBSE school in Coimbatore believe that “Truth will make us free.”

Courage is knowing what not to fear

Courageous, the word has been an enigma eluding many, for at certain compulsive situation courage means not to act courageously, and so what is being courageous? How would one define it and to be truthful why should one be courageous? Plato has rightly put it, ‘Courage is knowing what not to fear’. Fear is a reaction but courage is decision you get to choose. Fear also instills or encapsulates one in this hideous bubble of momentary salvation- ‘LIES’ This solution is volatile and brief which would only trap one in another bubble thus forming an endless loop, a maze through which one can never find their way out. Courage is the sole and only ally; instead of confining themselves in the labyrinth of fear and beguiled by the mirage induced by lies, one can simply utter the truth and evade themselves out of this misery. Thus one has to be courageous to be truthful. Maya Angelou, civil rights activist and a poet says ‘Courage is the most important of all virtues because without courage you can’t practice any other virtue consistently’. Truth needs courage as its ally as mentioned earlier the arena is sublime, ones with lofty aspirations are the only ones who end up here, people who don’t fall prey to the vice that is lie.

I would like to narrate a story about young Mr. Washington , this incident happened when he was young. His father had given him a chainsaw and also had given him the liberty to chop off trees in their orchard. George Washington in hisvigour went chopping and he accidentally chopped off a live Cherry tree, which also happens to be his father’s favourite tree. When questioned he did not falter, he did not lie but he was brave enough to accept what he did and take the responsibility of the repercussions which made his father appreciate his truthfulness despite the fact that he had chopped off a cherry tree. Thus to be truthful one has to be brave, never give in to fear.

One should have the courage to tell the truth

Courage is the essence of humanity. This entity exists in the most fundamental planes of human existence. Courage is a part of human life, though one doesn’t recognize it to be so. It did take courage to stand in front of the British soldiers lashing upon Indians without batting an eyelid. It also took courage to be standing there anticipating the pain of the wood lacerating and tearing the flesh and yet not falter, our freedom fighters stood undeterred taking in the lashing and thrashing till that India was free from her fetters. It took courage to make salt on his own when there were huge taxes levied and it took courage to march to Dandi, one man did it and he is hailed as the father of our nation because he literally was responsible for the birth of our nation, free country – Mohandas Karamchand Gandhi. It always takes courage to defy.

Courage to deal with adversities makes one life better

What are the advantages of being courageous and truthful ?, as they say charity begins at home, one should be truthful to oneself, which will then get reflected on others.  Being courageous is the biggest confidence booster, it changes one’s perspective of life. One will start looking at life in a more positive manner, for nothing bothers them, even if it does, a courageous person will face it head on. Courage is not the absence of fear, a courageous person; he does feel the fear in his bones but is tactical enough to mask his fear, which is being courageous. Courage to deal with adversities makes one life better, one can even be an inspiration to others, that they have retained their humility by being truthful even amidst the overwhelming adversities of life. Courageous people will definitely taste success earlier than the average man, for he was bold enough to take ‘The road that was not taken had made’ and make all the difference in his life. Fear binds men in fetters in ways beyond imagination and courage liberates one from the debilitating clasp of fear. Many are bound in their own mind by fear, they don’t need an external influence they live amidst those claustrophobic walls, As Tagore has rightly said, where the mind is without fear is where the true freedom rests.  One cannot free a person literally if he is still bound by too many variables of life. The top CBSE school in Coimbatore, TCIS says courage is the only solace and solution, courage frees one’s mind, thus liberation in it’s true sense.

Advantages of being truthful and honest?

What are the advantages of being truthful and honest? Honesty is the best policy we have heard this being said from time immemorial and it stands true even now. Being truthful leads to integrity and that leads to trust. Human relationships are bound by this trust, it reigns over a vast expanse. Being truthful also earns one respect for all his life, increases his opportunities to lead a better life in the society and for being truthful one needs to be courageous and not hide in their protective shell. People who break their comfort zones and embark upon a new journey anticipating the worst and wining it over have always been successful, to do so, one needs to be courageous and truthful. Being truthful is a way of life, not just embracing a virtue. The courageous have conquered this summit of being truthful. Thus TCIS, the top CBSE school in Coimbatore more particular about and educates their students to be truthful in all their actions in life.